A look at the rare and exclusive Earth 2 Dark Knight Skin that was first made available to the US version of Batman: Arkham Knight on PlayStation 4.
The code for this skin was e-mailed to visitors who attended the PlayStation E3 event in 2015 and given out to players through a Mountain Dew promotion in 2016.
The skin has been released as a free DLC in the new Batman Arkham Collection Steelbook Edition for PS4 in September 2019 (UK and Europe only), and as of January 28, 2020, it's digitally available worldwide on the PlayStation Store.
You can also use the Earth 2 skin on PC in the Epic Games Store version of Arkham Knight, or install it as a mod on Steam.
HOW TO INSTALL EARTH 2 DARK KNIGHT SKIN ON STEAM;
Download this file:
www.batman-arkham.com/upload/Batman-Arkham-Knight-Earth-2-Dark-Knight-Skin-and-DLCs.rar
Extract the folder "DLC" in the main game's directory. This mod includes the Earth 2 Dark Knight Skin, Zur En Arrh Batman Skin, Anime Batman Skin and Joker Batmobile.
#Batman #BatmanArkham #ArkhamKnight
► ESvid: esvid.info
► TWITTER: ArkhamVideos
► FACEBOOK: BatmanArkhamNews
► DISCORD: discord.gg/BatmanArkham
ABOUT THIS CHANNEL
This channel is in no way associated with Rocksteady Studios or Warner Bros. Interactive Entertainment.
Batman Arkham Videos is a fan channel dedicated to bringing you the latest news, guides and videos from the Batman Arkham video game series.

The Earth 2 Dark Knight skin is digitally available worldwide on the PlayStation Store. The skin is free to all players who own Batman: Arkham Knight on PS4. PC players can also play with this skin in the Epic Games Store version of Arkham Knight, or install it as a mod on Steam. For the Steam version download this file: www.batman-arkham.com/upload/Batman-Arkham-Knight-Earth-2-Dark-Knight-Skin-and-DLCs.rar Extract the folder "DLC" in the main game's directory. This mod includes the Earth 2 Dark Knight Skin, Zur En Arrh Batman Skin, Anime Batman Skin and Joker Batmobile.

You need to start doing the Injustice games for shits, just because your channel is Batman Arkham Videos doesn't mean you have to do Arkham games only, try the other DC games that have batman in them, keep your channel going your a badass.

Oh you mean to tell me bat skin is plastic

Could you do Batman Telltale The Shadow Edition.

And watchmojo says spidershit ps4 is better than this masterpiece, screw him.

I came to check if he or she had uploaded anything. Sadly nothing yet ☹️

What about xbox? Can I get it on the xbox one?

I didn't even know about this DLC until I recently looked through my PS4 library. Also you can't beat free.

Can some explain to me why it's not on xbox?

I still want that Original Arkham Robin skin. It’ll never happen, but I can hope... oh and a Jason Todd skin would be nice too. I want to be able to unofficially fix the Matter Of Family DLC

Have you heard? there is going to be a new batman game!

I know that this is completely off topic, but Rocksteady should just make a game like Arkham Origins Online.

Can you please do the classic tv series batman

What about Xbox? The next Skin’s gonna be The Batman 2021 or an Injustice Skin

Hey i've comeback after 4 years, i have a question, i remember watching a video that after completing 300% that you get to play characters from menu just press triangle and done but after researching for it in internet and all i can see is how to glitch and free roam? Please enlighten me mr.perfect gameplay man.

Imagine if these Arkham games were made after 2016, they would've SUCKED.

Yo Ezra, this is isa e from norlington school 8s. Is this your channel?

Finally I GOT IT MY BEST OUTFIT FOR BATS

It makes me wanna shead tears for how long your channel has been here u always helped. Me with almost every thing

I never realized how many subscribers you had! Sort of close to a Million! I’ve been with you since the Arkham City (2011) days! Can’t wait for what the future holds😉

Damn thanks got mine

I just Downloaded this skin thank you so much

One of the best skins in the game.

Thanks to for posting this video, I completely forgotten about this last dlc. I wasn’t sure if Rocksteady was really going to release it on the PS Store in 2020 based off their tweet last year. I’m glad they made good on their promise and appreciate it for sharing.

Running out of ideas now that the arkham games are done for now?

Who wishes thare was a batman game with no riddler tropies

I'm getting an error message when I try to open the files. "Can not open file batman-arkham-knightt-earth-2-skin-and-dlcs.rar as archive". Any help? Everything I've found so far says this just means the file is corrupted.

we need a new batman

I am hadi from pakistan

Your name was zaden

Hello your name is zaden i am hadi from pakistan

Hello your name is zaden i am hadi from pakistan

This suit is badass.

The vid you made for this skin is so dramatically awesome

I’m glad they still working on this game

About the Epic Games store Batman Arkham Knight on PC version there is an issue apparently and it doesn't open can you please make a video about that where you try it and if there's is an issue please include in the video how to fix it. I will greatly appreciate it.

Ok Mr Bruce, let me walk you trough It...

Do you think that the Arkham origins assasins will be back in new batman game?

I just want a new game 😢 i platinum this one, 😁 my best trophie is requiem for a killer

Is there a Mod on Steam for the Justice League 3000 skin??

I dont see the download on the playstation store

Its really good but I think the best is %240 Batman, the Second is Earth 2 Batman

This arkham game has the best graphics of all of them, they still some how hold up 5 years later

I don't see the skin on my playstation what's up with that?

It's exclusive to the Epic game store, fucking really? Well at least you can mod it in but that's still pretty fucking retarded. I got it for free a while back but my saves are only on steam plus I'm not gonna reinstall the exact same game again lol.

On the 28 nothing happened

Still uploading, you legends. I replayed this game recently and even now you’re committed.

Hey arkham videos i see you love batman games and you good at it i just wanna say congratuations of your famous batman videogame player and youtuber.Have a wounderful life.Good luck for the future

I could not find it in the PlayStation store.

Safe to say this is my favorite channel out there!

spiderman ps4 points and laughs at these graphics like people don't understand the level of detail in spiderman is astounding. just the animations in spiderman ps4 put this game in it's place. the character models in spiderman have millions of polygons batman has 60 thousand polygons. it's an okay looking game with it's flaws hidden in the darkness,the city is incredibly empty nothing to render. just not on the same level as a ps4 exclusive sorry peasants. btw when i'm speaking on arkham knight i'm talking about the PC version is nothing compared to spiderman ps4

Why you showing so much hate?
Siguiente 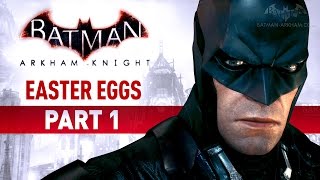 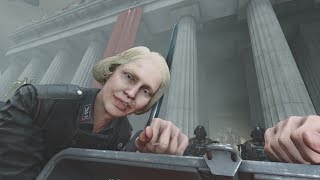 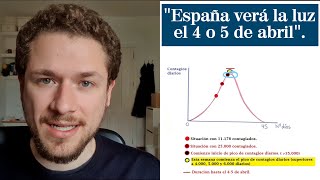 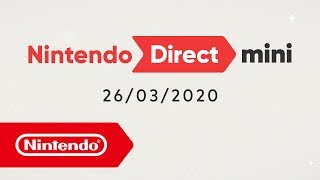 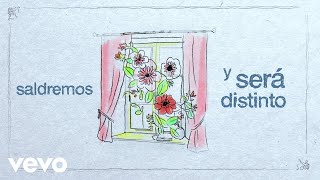